I about a year ago backed the Kickstarter for the Trinus 3D Printer.  I have tried a couple 3D Printers, with the best so far being the M3D Printer (which was also a Kickstarter).  I went with another DIY, printer that needed to be assembled.  That printer did not turn out well, as it was far too complicated to install and the software was more than I was willing to fool around with.

The Trinus was touted as all metal, easy to assemble, and even could do laser engraving.  In the end I backed it, and after a long back and forth I finally received mine.

I want to caution anybody thinking about getting a 3D Printer that it is an investment and you must absolutely have patience.  Things are not going to work perfectly, your going to have to fight with directions, ask for help on forums, and suck up hours of your time getting your printer to work.  This is not a MakerBot, that is why its a third of the cost.  When you doing get it working, all the swearing, cuts and bruised ego will be worth it. 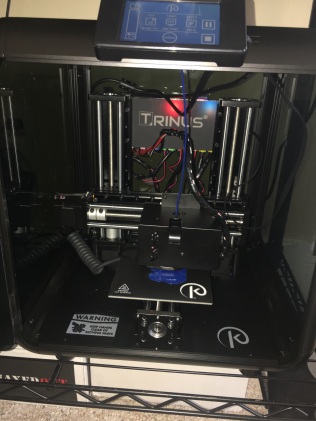 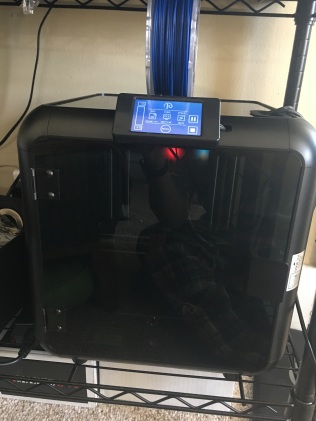 I wanted to post this so that some Trinus users do not get stuck like I did.  If when you trying that first test print, you hear a click when you try to print, and it looks like the print nozzle is embedding itself into the BuildTak, stop!  The Height of your nozzle is not correct.

Follow this guide.  Remember in this case your nozzle is set too low, hence it is hitting the BuildTak, and you need to set it to a minus offset.

Watch the printer in action here.  This is a the test print that is build in with each printer.  Scheduled to take two hours and it looks pretty good in action.